The working men are the basis of all governments. - Abraham Lincoln, 1861

... [I]t has so happened that in all ages of the world, that some have labored, and others have, without labor, enjoyed a large proportion of the fruits. This is wrong, and should not continue. To [obtain] for each laborer the whole product of his labor, or as nearly as possible, is a most worthy object of any good government. Abraham Lincoln, 1847

The world has never had a good definition of the word liberty, and the American people, just now, are much in want of one. We declare for liberty; but in using the same word we do not all mean the same thing. With some the word liberty may mean for each man to do as he pleases with himself, and the product of his labor; while with others the same word may mean for some men to do as they please with other men, and the product of other men's labor. Here are two, not only different, but incompatible things, called by the same name - liberty. And it follows that each of the things is, by the respective parties, called by two different and incompatible names - liberty and tyranny. -- Abraham Lincoln, 1864

What constitutes the bulwark of our liberty and independence? It is not or frowning battlements, our bristling sea coasts, the guns of our war steamers, or the strength of our gallant and disciplined army. These are not our reliance against a resumption of tyranny in our fair land. All of them may be turned against our liberties, without making us stronger or weaker for the struggle. Our reliance is in the love of liberty which God has planted in our bosoms. Our defense is in the preservation of the spirit which prizes liberty as the heritage of all men, in all lands, every where. Destroy this spirit, and you have planted the seeds of despotism around your own doors. -- Abraham Lincoln, 1858.

I could as easily bail out the Potomac River with a teaspoon as attend to all of the details of the army. -- Abraham Lincoln in response to a young officer who as asked him to intervene with respect to a grievance.

Abraham Lincoln Quote This Too Shall Pass

It has been said that an Eastern monarch once charged his wise men to invent him a sentence to be ever in view, and which would be true and appropriate in all times and situations. They presented him with the words: "And this, too, shall pass away." How much it expresses! How chastening in the hour of pride! And how consoling in the depth of affliction! -- Abraham Lincoln, 1859

All that I am, or hope to be, I owe to my angel mother. -- Abraham Lincoln. Historians debate whether Lincoln was referring to his biological mother, who died when he was 9 years old, or to his stepmother, whom he also loved and referred to as his mother.

I have gotten you together to hear what I have written down. I do not wish your advice about the main matter - for that I have determined myself. -- Abraham Lincoln, 1862

We cannot ask a man what he will do, and if we should, and he should answer us, we should despise him for it. Therefore we must take a man whose opinions are known. -- President Lincoln, speaking about the choice of nominee for a judge of the Supreme Court

The dogmas of the quite past, are inadequate to the stormy present. The occasion is plied high difficulty, and we must rise to the occasion. As our case is new, so we must think anew and act anew. We must disenthrall ourselves, and then we shall save our country. -- President Lincoln, in his annual message to Congress, 1862

Senator Douglas is of world-wide renown. All of the anxious politicians of his party, or who have been of his party for years past, have been looking upon him as certainly, at no distant day, to be the President of the United States. They have seen in his round, jolly, fruitful face, post offices, marshalships, and cabinet appointments, chargeships and foreign missions, bursting and sprouting out in wonderful exuberance ready to be laid hold of by their greedy hands. -- Abraham Lincoln, 1858

The Lord prefers common-looking people. That is the reason he makes so many of them. -- Lincoln, 1863

Abraham Lincoln Quote On Being President

In a certain sense, and to a certain extent, he [the president] is the representative of the people. He is elected by them, as well as Congress is. But can hem in the nature of things, know the wants of the people, as well as three hundred other men, coming from all the various localities of the nation? If so, where is the propriety of having a congress? --- Abraham Lincoln, 1848

I walk slowly, but I never walk backward. -- Abraham Lincoln 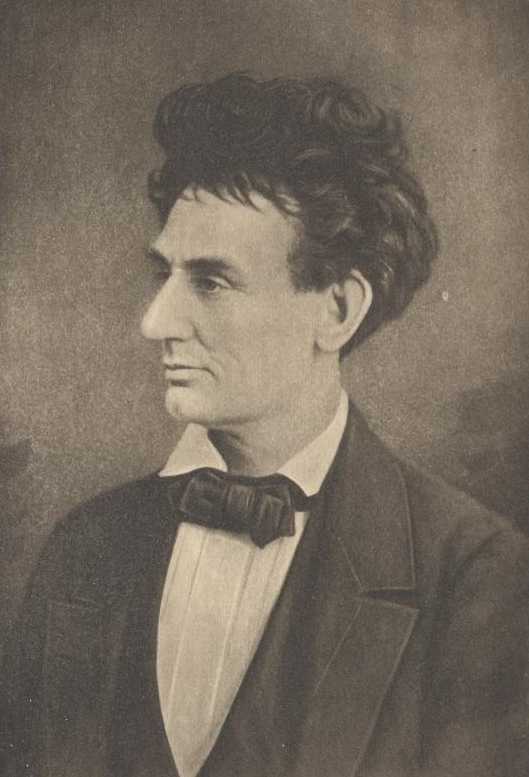 We must not promise what we ought not, lest we be called upon to perform what we cannot. -- Abraham Lincoln, 1856

Abraham Lincoln Quote On Property and Getting Ahead in Life

Property is the fruit of labor - property is desirable - is a positive good in the world. That some should be rich, shows that others may become rich, and hence is just encouragement to industry and enterprise. Let not him who is houseless pull down the house of another; but let him labor diligently and build one for himself, thus by example assuring that his own shall be safe from violence when built. -- Abraham Lincoln, 1864

I will say then that I am not, nor ever have been in favor of bringing about the social and political equality of the white and black races, ... and I as much as any other man am in favor or having the superior position assigned to the white race. -- Abraham Lincoln, 1858

I do not understand that because I do not want a negro woman for a slave I must necessarily want her for a wife. My understanding is that I can just leave her alone. -- Abraham Lincoln, 1858

Those arguments that are made, that the inferior race are to be treated with as much allowance as they are capable of enjoying, that as much is to be done for them as their condition will allow. What are these arguments? They are the arguments that kings have made for enslaving the people in all ages of the world. -- Abraham Lincoln

Whenever [I] hear any one arguing for slavery, I feel a strong impulse to see it tried on him personally. -- Lincoln, 1865

I don't believe in a law to prevent a man from getting rich; it would do more harm than good. -- Abraham Lincoln, 1860